Home > Blog > Presentation design > How to storyboard a PowerPoint presentation

Before you start on your first slide, grab a pencil and get storyboarding. Perfect planning is the key to a perfect presentation, one that’s focused and flows.

What do you mean you’ve never storyboarded before? Call yourself creative? That’s okay; lots of people have never made a presentation storyboard. For some reason movies, comic books and websites are all commonly storyboarded, and yet when it comes to PowerPoint, most people skip the creative part and jump straight to slide one.

In doing so, you’re missing out on a crucial part of the creative process, one where key ideas are formed. It’s here, before a single bullet point has been committed to screen, that you can link overarching concepts, ponder what’s in it for the audience and view the bigger picture. With a pencil and a piece of blank paper in front of you, it’s easy to join the dots, scribble them out and then join them again in a different order. If you need convincing of the power of storyboarding, check out this primer from the creators of Toy Story. You’re not Pixar, but you’ve still got your own story to tell, one that deserves the best possible start in life.

A short guide to storyboarding

The trouble with working directly in the PowerPoint slide deck is that it’s a very linear process, one that’s hardly conducive to promoting free-flowing ideas. Sure, if you’re delivering a 10-minute presentation outlining your company’s fire safety procedure, storyboarding might be overkill, but for everything else, this is a critical stage in the process, one that’s far more important than the size of your subheadings or the style of your transitions.

There’s another reason why a presentation storyboard should be the first thing you do: it’s fun. This is the stage where ideas flow like a bowl of Ben and Jerry’s left on the coffee table overnight. At this part of the process, no notion is too whacky and no concept is too out there. You’ll need to reign in some of the more outré ideas later, but at this stage you’re free to run amok.

Where do your best ideas come to you? It could be on a long walk, in a favourite coffee shop or in the shower. You can actually buy showerproof markers that will enable you to storyboard your ideas straight onto the wall. If you’re creating a team presentation however, convincing your entire marketing department to join you in there could be awkward.

No, all things considered, far better to take those inchoate ideas – wherever they occur to you – and then flesh them out in the office. At this stage though, we’d encourage you to keep the storyboarding strictly offline. There’s something about grasping a humble pen or pencil that appears to help ideas form naturally – there’s actually evidence to back this up.

How to create a PowerPoint presentation storyboard

A presentation is made up of two complementary elements: graphics and text, and at the storyboarding stage you’ll get to dabble in a bit of both. It doesn’t matter if your sketching skills are woeful – that’s what the eraser was invented for and besides, your audience won’t be seeing your lamentable attempts at drawing your company logo. This part of the creative process is done for your benefit, even if your audience will be the ultimate beneficiaries of the work you’ve put in here.

Start by writing down your headlines. These are your key themes or ideas. Don’t worry about the order you put them down on page; you can link them later with arrows. Right now, it’s just about capturing some of those ideas floating around in that big brain of yours. Next, assign each idea its own box. Some of these ideas will require multiple slides to be fleshed out, but at this stage one box per key idea is ideal. You can then append secondary and tertiary boxes to these as required.

At this stage, you’re the mad inventor and this is your baby, so don’t worry if things get a little messy; the main thing is that you know what’s going on amidst the organised chaos. The orderly stuff comes later. Instead of using a single piece of paper, some people prefer to use a series of post-it notes that can be easily shuffled. As you start to storyboard, there are two guiding principles do keep in mind: what do you want to say, and what would your audience like to hear?

You don’t have to be a people pleaser; unless you’re a comedian, your mandate extends to more than merely entertaining your audience. Nevertheless, it pays to consider the final recipients of the slides that currently exist as little more than a series of scribbles on your desk. It’s your presentation, but they’re the ones whose response will determine whether it’s a success or failure. A well storyboarded presentation will strike a balance between conveying the ideas of its creator whilst factoring in the needs of its audience.

After you’ve completed your first draft and the torrent of ideas has slowed to a trickle, take a step back and look at the spider’s web mess you’ve created. Your brain made that. Pretty cool, huh? Okay, now it’s time to reorder, redraw and revise at will until your ideas have been formed into some kind of cohesive narrative.

Now and only now are you ready to switch on your monitor, power up Microsoft Office and focus on what really matters: deciding whether to use subtle transitions or dynamic ones.

How many slides should I have in my PowerPoint presentation?

When you’re planning out your next big presentation, it can be hard to know what the slide count sweet spot is. How many slides to put in a... 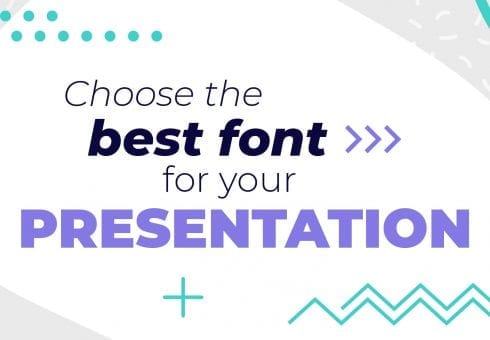 The 10 best presentation fonts to transform your next PowerPoint 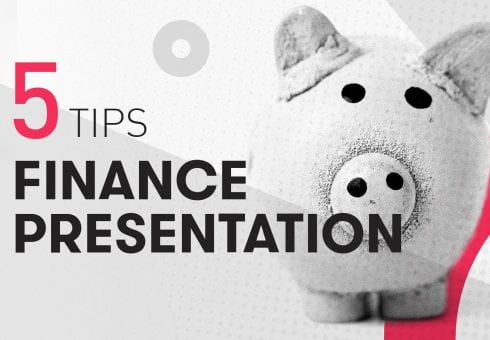