It’s National Storytelling Week, and we’ve decided to let you in on a few company secrets.

Keep your eyes peeled this week, as each of our talented teams will be showing you how they inject storytelling into every presentation we deliver.

The Buffalo 7 Academy of Film and Presentation Arts

What can you do in eight seconds?

Tie your shoelace? Fold four shirts? Run 85 metres (if you happen to be Usain Bolt)?

What about single-handedly holding the attention of a room?

With the average attention span now lasting only eight seconds, short of just shouting your prices at the room, you likely won’t have done much more than shake hands by the time your audience is already thinking about lunch.

And if you do manage to hold their attention, how do you get them to retain the information you’ve given them later that day, or the next? How do you make them think about nothing else?

How do you make yourself the distraction eight seconds into the next pitch?

If you follow our blogs, it will be no surprise to you that storytelling is the answer. Creating a clear start, middle and end, and introducing heroes and villains, will hook your audience and take them along on the journey with you.

But, if you already knew that, so does the next guy. And the next. And every pitch they see that day. So, how do you make yours stand out?

One smart way is to take direction from Hollywood. With hundreds of movies being released each year, producers need their films to stand out to be a success. Sure, massive explosions and big-name stars help, but if the story sucks, the film will fail. By now, people have seen the monomyth storyline countless times.

A monomyth structure starts by introducing its audience to the unlikely hero. Cue catastrophe followed by adventure into the unknown. They overcome some unimaginable conflict and return home, victorious and immeasurably improved. Lion King and Star Wars are perfect examples of the monomyth structure.

It’s a classic, but with so many films based on the formula, it’s become predictable. And the 2019 attention span will not stand for it. Movies that use alternative narrative structures are more likely to stick in the hearts and minds of the film-going public.

In 2018, the movies that created the biggest buzz took an original approach to narrative. Avengers: Infinity War gave us a plethora of storylines within one movie and Bird Box moved around in time, building the story without worrying itself about chronology.

Back in the conference room, your tale of ascending through the ranks and delighting your extensive portfolio of clients, though impressive, might have been heard too many times before. And if your audience isn’t hooked, they’re not really listening.

Time to try a different narrative.

This is a simple one to ease you in. Any movie worth its salt has a twist, we’d feel cheated without one. But the most successful movies lull their audiences into thinking they know where the story’s going, then they hit them right between the eyes with something they’d never have dreamed up themselves. The best false start movies and the best presentations are layered with turns so that the early reveal isn’t the only exciting part.

Irrational man is a great example of this technique in film. The audience assumes this is a classic romantic comedy, centred around a love triangle. Standard.

During the first act, two of the main characters are enjoying lunch and overhear a woman talking about a corrupt judge. This is the turning point for what becomes a story about assassination, emotional rebirth, and deceit.

It’s unlikely you’re going to sell your idea by admitting to a murder – bit much for a Tuesday afternoon – but you can incorporate a twist into your presentation. Don’t tell people what they already know, turn their world upside down with a revelation they would never put together themselves.

To catch your audience off guard, keep your introduction informal.

Here’s an example: shake hands, mention the weather and how it would be a great day for a drive. Drop in mention of your beautiful, shiny sports car that you grew up dreaming about. Describe the feel of the leather and your elevated heart rate when you apply just a little more pressure to the accelerator. Gush with pride when you explain how every move you made from age 14 was pointing at the day when you felt the weight of the keys in your hands. Make your enthusiasm infectious.

Tell them about the previous Sunday, a crisp autumn breeze and the subtle smell of bonfire still in the air. Your coffee was memorably strong and the newspaper headline you glanced, before putting on your parka and picking up the keys from the sideboard, seemed more positive than usual.

Then you opened your front door, and that empty driveway changed everything.

Security is something we take for granted, but not with your company’s home security system.

If you’d had the system installed, your car would’ve been found and returned to you, and the thieves arrested.

Your audience didn’t even know your pitch had started, and suddenly they’re signing the contracts.

Pulp Fiction is one of those movies that everyone just agrees is great. There are strong characters, memorable lines and iconic scenes. Before Pulp Fiction, how would we have known that adrenaline should be administered straight to the heart? (It shouldn’t, don’t do that.) All of this certainly helped the movie’s success. But the narrative structure is what makes it stand out.

Pulp Fiction uses a converging ideas narrative: multiple stories and multiple timelines that cross each other and are intricately connected.

We follow three main storylines. The characters all move in the same circles and cross paths throughout the movie, but the individual stories allow each one to be fully developed in its own right.

For sales presentations, we need to be careful not to confuse our audience. If they don’t understand, they will give up trying. When using this narrative, keep it simple to secure their attention.

Think about your company formation story. Many companies are created not only due to market need, but also because of a common cause that each founder shares.

Meet Jeff. Jeff is a chef that is frustrated by the monotony of his current job.

Meet Bonnie. Bonnie is appalled by the way the UK food industry treats its farmers.

Meet Elijah. Elijah is an interior designer that is struggling to be noticed, despite his cutting-edge ideas.

They meet, they acknowledge their similarities, and they create a restaurant that serves excellent food, respects suppliers, and has a beautiful setting that feels like a mountain lodge.

You’ve created three rich characters that the audience care about and given them a cause to get their wallets behind.

Today’s consumer wants instant gratification. We have less time and little patience. Telling a story rather than delivering cold data is sure to get your message across, but what if they don’t stick around long enough to hear it? Starting your story at a climactic point is one way to hook your audience from the start.

Bond films are a great example of this. All Bond films start with a high-octane action sequence showing 007 smashing his last mission. We don’t know, or care, why he’s shooting that particular bad guy, but it sets the tone for the whole movie.

Get their hearts racing immediately, but before you give away too much, step back and explain how you got there.

Avoid starting at the end though, or with the only exciting bit, as you won’t keep their interest for long. You don’t want to give it all away up front. I know, Memento does this and is a cracking movie, but even big budget blockbusters can struggle to make this work.

A powerful way of using the cold open narrative would be to kick off with how it felt when your business failed when you packed up your office and locked that door for the last time.

Admitting this at all, let alone as the opener, will be a breath of fresh air in an environment where people usually fabricate the ‘perfect’ image. Also, showing vulnerability with an audience is a sure-fire way to get their trust.

After piquing their interest, briefly describe the events leading up to this and, more importantly, what you learned. Your previous struggle meant that your new offering is ten thousand times better. You’ve made the mistakes, so they don’t have to.

Start by creating questions, rather than answering them, and your audience won’t be able to look away until they know how it ends.

What has more impact than a story? Multiple stories.

Inception is the first example that springs to mind, but let’s not confuse things further.

Stand By Me is a much more straightforward nested plot. We’re introduced to the main character in the present day, nested in a story from his childhood, nested in the fictional story told around the campfire, all told from the point of view of our primary character.

If you stand in front of your board of directors and start narrating yourself, you will likely be sectioned. Instead, follow the lead of Chimamanda Ngozi Adichie. In her incredibly successful TED talk, “The danger of a single story”, she uses tales of the stereotypes she faced when moving from Nigeria to America, nested within tales of stereotypes she was guilty of, nested within tales of mass stereotypes – all with the same message: when we only hear one side of the story, we rob people of their full identity.

You may not be trying to change the world, but every presentation we make, every story we tell is trying to make a change. It may be a change in someone’s thought process, their company process, a change in their actions or a change in where they direct their cash, but it is all for change.

Using stories is a way to connect with your audience. Nested stories create commonality, connect dots they may otherwise not see, and reinforce your message.

A twist too far

While people can easily become immersed in a good movie, let’s not assume they will be as committed to your presentation.

Not all narratives that work in film will work for you.

Groundhog Day springs to mind. I would also suggest not trying to imitate [500] days of summer by jumping around in time like an excited springer spaniel.

A little time travel is digestible, a continuous back and forth will leave your audience with motion sickness.

And the winner is…

The movie industry makes billions every year, they are obviously doing something right.

Don’t think that just because Tom Hardy isn’t quite within your budget, you can’t use movie technique to enhance your business presentations.

Take your audience on a journey they weren’t expecting, then start practising your acceptance speech.

“I wasn’t expecting this, I don’t even have anything prepared…” 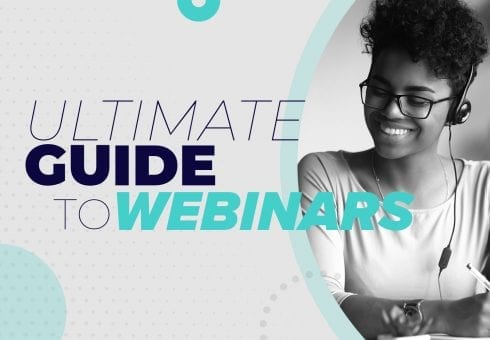 Learn how to pitch your product with passion and persuasion. This is how to create an awesome product presentation. As a Product Manager, you’ve... 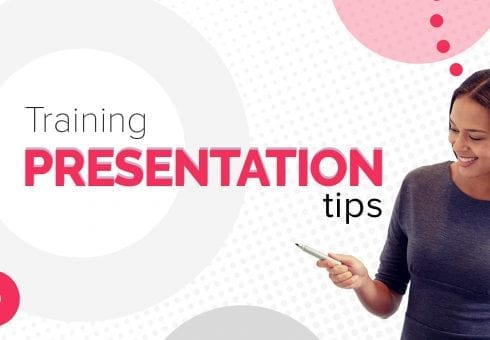 We’ve all been in a mind-numbingly boring training presentation. You’re there to learn, but you find yourself spending more time in your own...

Read more
< Back to Storytelling