Home > Blog > The history of PowerPoint

The Simpsons made its debut as a series of shorts, Ronald Reagan gave his ‘tear down this wall’ speech, The Bangles were telling us to ‘Walk Like an Egyptian’ and PowerPoint first appeared on the Mac. What year was it? That’s right, 1987. We’d love to get stuck into an 80s pop culture article, but we’ll stick to what we know best. So here’s the history of PowerPoint, from 1987 to present day. But first let’s jump ahead a bit…

It’s 2003. The then U.S. Secretary of State, Colin Powell, walks onto the stage to deliver a speech to the United Nations Security Council. Using PowerPoint as a tool of persuasion, he presents a compelling argument in support of the Bush administration, for the Iraq war. By this point, Bush had already made his decision, but Powell presented a strong case that convinced many that the Iraq war was America’s best option.

Although PowerPoint’s inception was back in 1987, the success and potency of Powell’s speech highlighted just how influential the software had become in the world of public speaking. His 45 slides were uniquely modern, adding a forward-thinking and professional vibe that helped him drive his key points with persuasive flair.

Jump forward 15 years and PowerPoint’s influence on modern life is even more profound then it was back then. 1.2 billion copies of PowerPoint occupy computers all over the world. That’s 1 copy for every 7 people on earth. That’s a lot of copies. Who knows how many slides. But what we do know is that PowerPoint has (rightly so) solidified itself as a staple of modern- day presenting. Those in the business world are witnessing its impact in the present for themselves, but what about its past? Let’s take a look back at the history of PowerPoint: its origins, its growth and how it became a world leader in presentation software.

The origins of PowerPoint

When PowerPoint burst onto the presentation scene back in 1987, it wasn’t the only software available on the market. But it was the best. It’s emergence coincided with a surge in personal computer purchasing and the use of computers in business environments. With business owners hungry for the best presentation software available, PowerPoint came out on top of its predecessors.

But its domination wasn’t immediate. Although widely believed to be Bill Gates’s brainchild, PowerPoint was actually developed by Robert Gaskins, was originally called ‘Presenter’ and released under a company called ‘Forethought’. In a market where consumers had a host of other established programs to choose from, PowerPoint initially struggled to set itself apart from its competitors. The graphics, bulleted lists and slideshows that are so characteristic of PowerPoint nowadays, were not actually PowerPoint’s own, original ideas.

Microsoft sensed PowerPoint’s potential regardless. Seeing the explosion in business software and office automation, Microsoft seized the opportunity and bought the application for $14 million.  They developed the software further, taking it to new heights with the release of PowerPoint 97. By eliminating the need for programming knowledge or specialist skills, PowerPoint 97 granted personal computer users access to filmesque features like transitions and animations.

From version 97 onwards, PowerPoint went through major upgrades with every release. A version was released on average every two years, spreading through offices like wildfire. The 2000 version introduced a clipboard feature that could hold multiple objects at once. In 2002, PowerPoint transformed its animation engine, allowing users to take advantage of advanced, custom animations. In 2011, they took the upgrade to another level with new background features and special effects. By 2012, after all the advancements, Microsoft announced their achievement of 95% of the presentation software market share.

The cultural impact of PowerPoint

We can totally see why. From the beginning, PowerPoint has put users first, taking away the complexities, and saving them time and effort. PowerPoint’s prioritisation of ease of use means that even those who aren’t very tech-savvy can still create their own presentations. It has encouraged those who aren’t naturally inclined to do presentations, to at least have a go. It’s made high-quality presenting easier and readily available. Today, users can take advantage of pre-designed templates and animations that give their presentations a slick, professional look.

The software has transformed the world of presenting. It’s used in schools, universities, start-ups, global businesses, people’s homes and governments. After all the years of technological innovation, PowerPoint has stayed at the top of the game. If Presidents and world leaders are using it, it’s probably here to stay.

Presentation structure: take your audience on a journey

Your content is the foundation of your presentation, and how you create and structure it can be the difference between audience engagement, and...

Compress images in PowerPoint to set yourself up for success

What good is a presentation if your audience never gets to see it? Glitches, stuttering animations and file crashes can all be avoided. Don't... 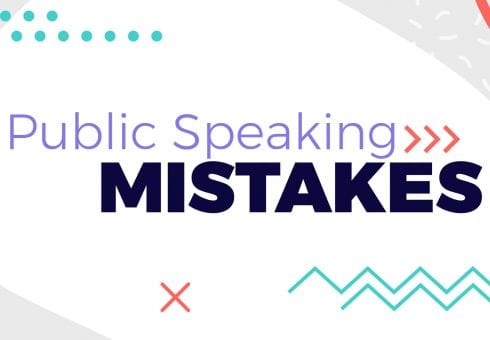 We all make mistakes, we’re only human. And this humanity could be your ticket to more impactful presentations and deeper customer connections...

Read more
< Back to Blog